Setting a Good Example: How Your Actions and Behavior Can Influence Your Kids 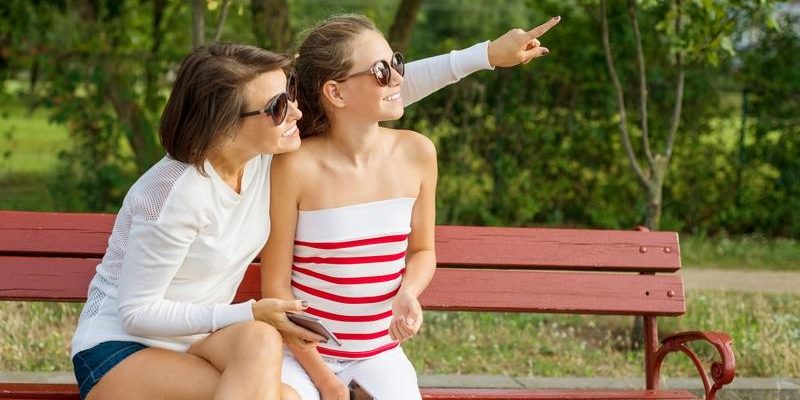 As a loving parent, you want to teach your child the successful skills that will be needed as they become an adult. Decision making, language usage, personal habits and social interactions can make or break your child’s opportunities leading to adulthood. Your young one is going to use you as a template. Your actions and attitudes will be their example of how to live a quality life. They will not only listen to you but will also observe your conduct. They are looking to you as a role model. The idea of “Do as I say, not as I do” is not an effective way to teach. Instill trust by being consistent.

Effective communication is very important, as children look to their parents for proper guidance. Children, and especially teens, not only pay attention to how you communicate with them, but they are also paying attention to how you are communicating with others. Children are hearing the language you are using, including your tone of voice, and watching your body language. As a parent, you must know that being a role model will educate your child on how to conduct themselves in various types of social situations. This includes how to handle conflict and confrontation. Listening is another skill is you can model when communicating.

Kids are watching how you behave in everyday life. They watch if you brush your teeth, how you dress and whether you are on time when you meet appointments. In short, they’ll observe you going about your daily routines. Your children pay attention to your habits when driving a car, so it’s important to practice good driving behavior, especially as you teach your teen to drive, since they’ll follow your example. It’s important to use seat belts, employ turn signals, and watch for pedestrians. This may require that you change certain habits to show your child that you care and want them to be safe, happy and healthy. Be sure that your child understands why you chose to develop the habits you practice. Encourage your child to ask questions, and give direct, simple answers.

Children are usually very social, and they’ll emulate your attitudes and behavior from a very young age. They are motivated to learn how to relate to others. A child’s most intimate relationship is with the parents. As a parent, use your relationship with your child to bolster their self-esteem. Teach them intimacy, sharing, self-pride and openness about who they are as an individual. Encourage positive relationships between family members by showing respect even during differences. This is a good time to model patience.

Parents may find it helpful to evaluate their habits by envisioning their child as an adult. Helping children to become the best possible grown-ups they can be puts the parent into the position of positive self-promotion. Allow your child to bring out the best in you. Use positive reinforcement whenever possible. Be generous with the lessons you have learned in life. Your child is looking to you to know how to behave and what to do in challenging circumstances.

Here’s another article you might enjoy: 5 Self-Improvements to Make That Will Instill Confidence in Your Everyday Life