Negative Language You Should Stop Using in Front of Your Kids 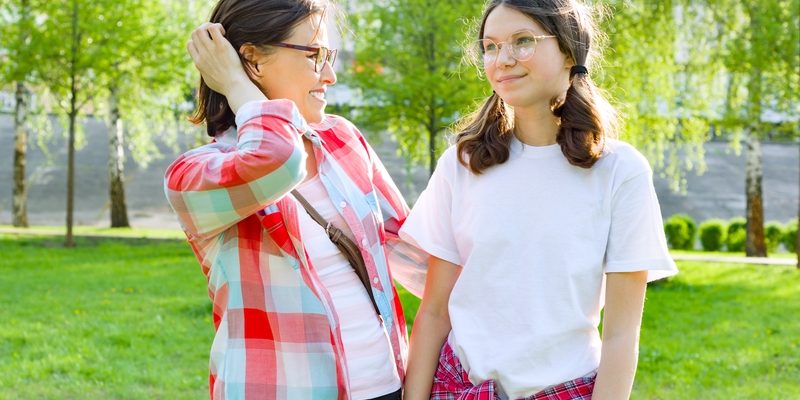 While words don’t physically hurt someone, they can be incredibly influential on the minds of little ones. Hearing negative language from you about people, about sensitive topics, and especially about your children themselves can set them up with an unhealthy mindset to combat the rest of their lives. As you learn to speak more positively, here are some topics you should especially avoid negativity on around your children.

Your kids will be exposed to tons of body image messages throughout their short life. Magazines, commercials, and TV shows glorify having the “perfect body.” While it can be easy to get sucked into this yourself, coming away feeling less than spectacular, Best Life recommends you avoid saying things like: “I hate the way my body looks.” Kids internalize those messages, and will come away thinking there is something wrong with their own body. If you are in shape, it can be even more detrimental to mental health. Eating disorders occur in young children because they don’t want to “get fat.” This is something children should not be concerned with.

Speaking of eating disorders, talking bad about different kinds of food can lead to them as well. Renewed Hope Ranch points out that an unhealthy relationship with food can result in eating disorders such as bulimia. Rather than talking about specific foods as if they are “poison” or “evil,” you should focus primarily on what foods are healthy and good. Instead of speaking in extremes, emphasize moderation in eating. Your child should feel like they can have treats on occasion without worrying about gaining weight. As with everything, balance is key.

One conversation that is particularly awkward for parents to talk about is sex. Maturation is a part of life, and if you act ashamed or embarrassed by it, your kids will naturally think it is an embarrassing, taboo thing they can’t talk about with you. You should take the reigns and control the narrative around sex in your household. Very Well Family recommends talking first about boundaries and what parts are private and should not be touched by others. As they grow older, you can tell them more specifically about how babies are made, how bodies change over time, and having conversations about any media they see on the topic. You can then help them have confidence that sex will be a positive thing in their life. Being open and honest with them about sex will prevent them from turning to other sources.

When all is said and done, positive language is your number one priority as a parent. Your children shouldn’t come away from your conversations feeling guilty or stressed about anything—especially about themselves. Just remember that your words have ripple effects!

Read this next: 3 Powerful Strategies for Teaching Your Kids to Protect Themselves Against Sexual Abuse