How Can I Help My Teen Avoid Road Rage? 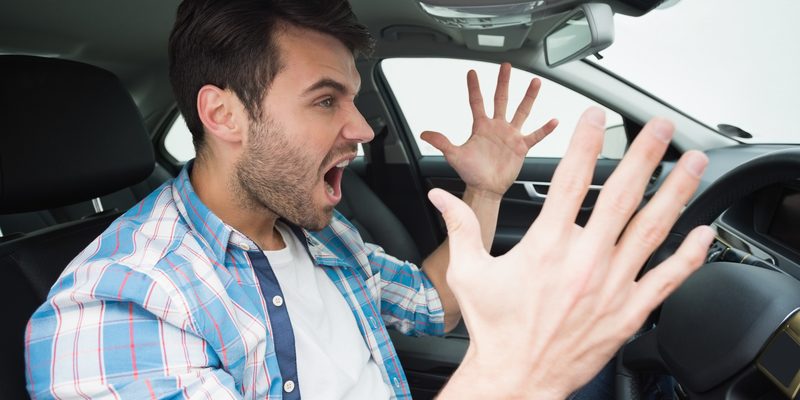 From your child’s first step to the first time he or she gets behind the wheel, you’re there every step of the way. But after the probationary period and when your teen is allowed to drive alone, the excitement you once felt may turn to dread. With so many people suffering from road rage, it’s important that your teen knows how to avoid becoming another statistic.

As your teen becomes more confident with his or her driving skills, it’s important that he or she also learns how to patient while operating a vehicle. You need to set an example for what you expect when your teen is behind the wheel. For example, if someone wants to pass and won’t stop tailgating, remain calm and slowly switch lanes. Don’t make rude comments about the other driver. Show your teen that even though some drivers are less than personable, it’s better to keep a cool head and to let them pass.

Children of all ages learn by example. If they see you acting out of control behind the wheel, they’ll probably follow suit. Avoiding road rage and driving responsibly is a learned behavior. You need to help your teen identify potentially dangerous situations while on the road. You also need to teach them what to do if they encounter other drivers with road rage. For instance, if someone cuts you off while driving, never speed up to confront them. It’s better to just let that person have his or her way. On the other hand, if another driver pulls up and starts screaming obscenities, your teen needs to know how to avoid conflict and to get to a safe zone. Children of all ages observe how their parents act to learn how they should act in similar situations, making modeling good driving behaviors an important responsibility years before the child is ready to start driving.

Anger Management Behind the Wheel

Above all else, your teen needs to know that there will be times when another driver makes him or her angry. However, your kid also need to know that acting out, especially while behind the wheel is a recipe for disaster. Explain that even if he or she is red in the face with anger, it’s better to let it go and to continue driving.

Your teen can avoid possible life-threatening confrontations by listening to music, avoiding eye contact with angry drivers, and refraining from blowing the horn. He or she should also plan ahead, and if he or she needs to be somewhere at a specific time, leave early enough to get there without rushing.

Road rage can get the best of anyone. Even the most level-headed people can fall victim to it. The key to keeping both your child and other drivers safe is education. Set the example, and be the driver you expect your teen to be.
Check out our other content on how we’re helping parents raise confident kids!